Trending
How to Manually Install Skyrim Mods - Guide For Mods Victoria’s Secret 2019 Fashion Show Officially Canceled  TOKEN2049 is Back for 2020, Examining What’s Next for the Crypto Industry How to Boost Your Affiliate Commissions Overnight How iOS 13's dark mode can make your life easy
Technology

FTX and Binance situation explained. Should you worry?

CZ (Changpeng Zhao), the CEO of Binance just announced that Binance will be dumping half a billion worth of FTX’s native exchange token FTT. This comes after Coindesk published a report mentioning FTX could be insolvent. The entire crypto Twitter has been taken by storm and there is a lot of confusion stirring up among the users regarding the situation.

As part of Binance’s exit from FTX equity last year, Binance received roughly $2.1 billion USD equivalent in cash (BUSD and FTT). Due to recent revelations that have came to light, we have decided to liquidate any remaining FTT on our books. 1/4

In a quick response, Caroline, CEO of Alameda Research said it was just a part of the balance sheet and not a complete one and they have more tan 10Billion of assets which are not reflecting in the ‘partly leaked balanced sheet.’

A few notes on the balance sheet info that has been circulating recently:
– that specific balance sheet is for a subset of our corporate entities, we have > $10b of assets that aren’t reflected there

She also offered to buy all the FTT tokens from Binance CEO @22USD per token.

In this article, we explain everything that went wrong with the circumstance, what does the Binance CEO have to say and what this means for the crypto space as well as for you the user.

What Went Wrong with FTX – Binance? 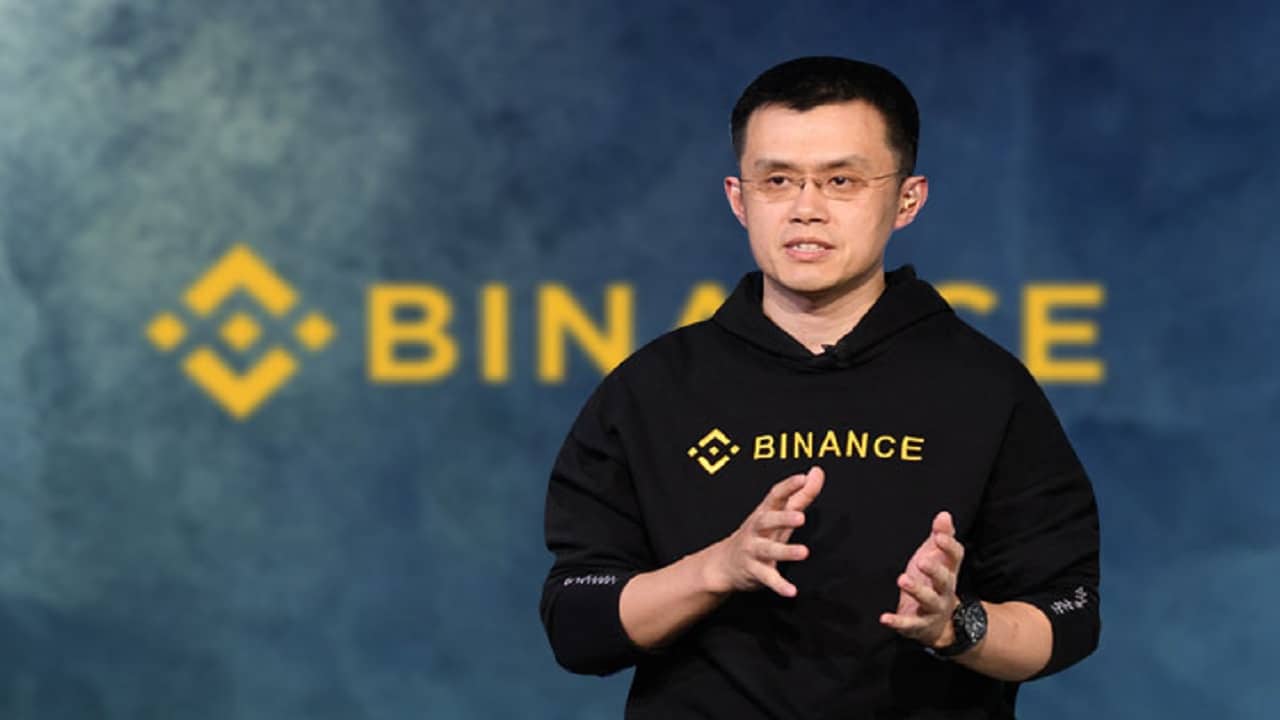 CoinDesk, a leading news platform dedicated specifically to crypto and the world of digital currencies, uncovered in their report earlier this week that FTT might just be a huge circle jerk/flywheel scheme.

What is a flywheel scheme?

In a flywheel scheme, an institution creates a token, pumps its price which makes the balance sheet green, and showing the profits to investors, raises money or loans, and repeat. Refer to the image below. How is Alameda and FTX related?

Sam Bankman-Fried (founder and CEO of FTX) has his crypto kingdom officially split into primarily two parts: a trading firm by the name of Alameda Research and the second his token exchange platform FTX. In June Alameda’s assets were valued at 14.6 billion dollars and their liabilities were at a round 8 billion dollars. 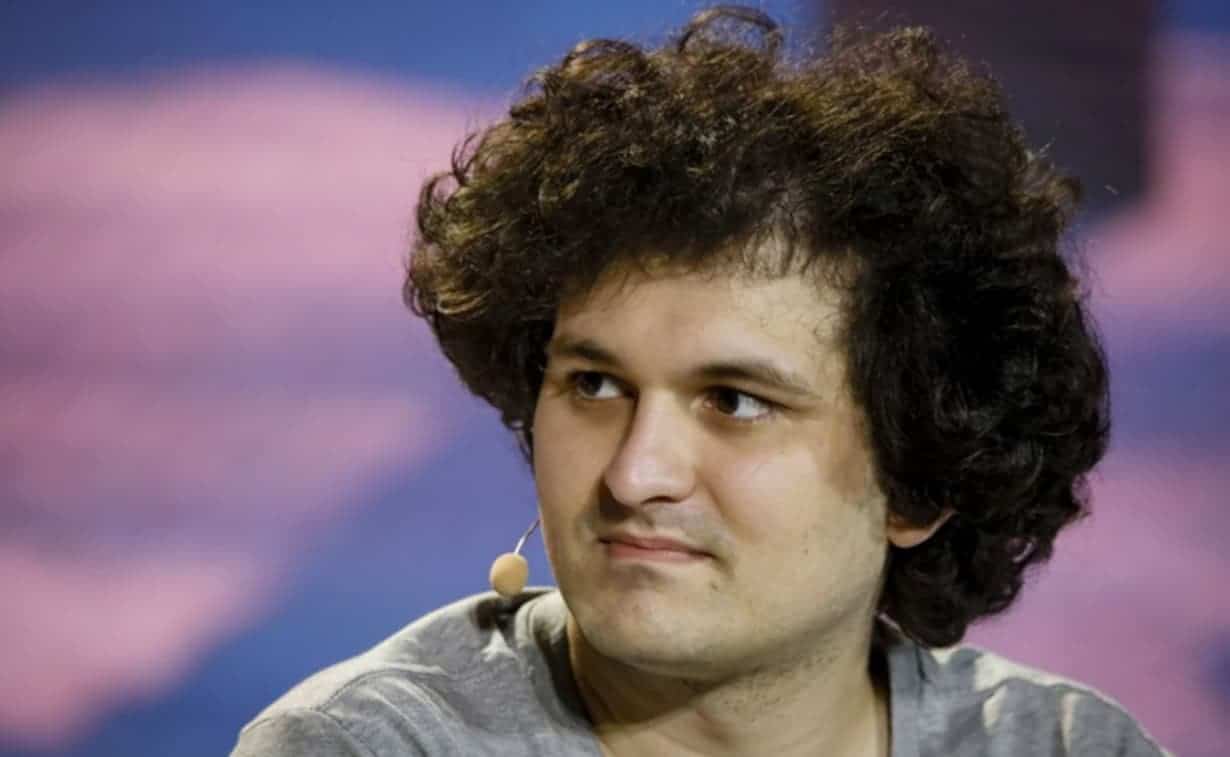 The CoinDesk scoop revealed that Alameda’s leaked balance sheet was swelling with FTT tokens. This showed that Alameda wasn’t based on an independent crypto asset but instead was very deeply linked to a token that was in fact founded by a sister company.

Fried is also reported to have been lobbying against various other crypto exchanges in an attempt to get them more regulated.

Sam Bankman-Fried tweeted claiming that the reports that have come out are “a bunch of unfounded rumours”.

People have drawn similarities between FTX and Celsius’s CEL token, assuming that FTX might go insolvent in the coming days. The insolvency assumptions arise from the fact that Alameda on its balance sheet shows an amount of FTT tokens that is greater than what is available in circulation.

The case is similar to the tokens worth seven hundred million dollars held by Alameda. These tokens are all related to small projects initiated by Sam Bankman-Fried himself, and their positions exceed their respective circulating marketing cap, much like FTT. These coins include ones like SRM and Solana.

What is Binance’s Response to this?

Binance CEO CZ, in his recent tweet, explained what steps the company will be undertaking as a response to the research by Coindesk and Dirty Bubble Media.

Two years ago, FTX was incubated by Binance, but they decided to exit the FTX equity last year, and received “roughly $2.1 billion USD equivalent in cash (BUSD and FTT)”, according to CZ.

In the wake of these recency findings, CZ has announced that Binance will be liquidating all their remaining FTT.

He informed this via a tweet that this liquidity process will take a few months and will be done gradually in order to reduce any catastrophic impact on the market, especially as the world faces the current Bear market.

CZ also elaborated on the company’s ethical stance on the entire situation. CZ said that Binance “encourages collaboration” between everyone in the industry and that this move should not be viewed as an opportunity taken up by the company to attack a competitor.

CZ clarified that the liquidating of funds was a “post-exit risk management” and they would not want to support anyone who lobbies against others in the same fraternity.

What does this mean for the crypto world?

Post this exchange of words, via Twitter, FTX users rushed to withdraw their funds from the exchange. Withdrawals on the Ethereum and Bitcoin chain were delayed, and this created a fear among the existing users.

However, withdrawals were not stopped. Withdrawals are happening, but are delayed. Since the news spread, along with FTT, SOL and SERUM, also fell by approximately 14% and 7.7% respectively.

If FTX goes insolvent, the market across many cryptocurrencies can collapse alarmingly. Not just that, but from a regulatory standpoint too, the situation would get worse for the crypto space.

What should you do as a crypto investor?

In the given situation, the most sound advice would be to withdraw your funds from FTX exchange.

While FTX shows major red flags in this entire situation, some experts do believe that FTX could complete the Voyager deal this December and potentially return to normalcy.

Though we believe funds on FTX is completely secured, for the peice of mind, moving funds from FTX accounts is recommended since it can stop users from losing any money during another collapse (if any).

Another piece of advice here to keep in mind, not only for the current situation but also for the future is to prefer a hardware wallet in case of a centralized exchange. Read this post to know the best crypto wallets.

If we look at the past examples of Terra (LUNA) and Three Arrows Capital, we find that even in the most devastating situations founders often paint a stable picture of the circumstance.

Hence it is always better to prioritize your funds even if there is little evidence of the risk of a potential collapse.

By Brynne Conroy
Released in 2016, MetaMask with over 30 million users globally, has in no time become one of the…
END_OF_DOCUMENT_TOKEN_TO_BE_REPLACED
0
0
Share
Technology

Hooked Protocol (HOOK) to be launched on Binance Launchpad

By Brynne Conroy
Binance on 23rd of November, 2022 announced its 29th project on the Binance Launchpad – Hooked…
END_OF_DOCUMENT_TOKEN_TO_BE_REPLACED
0
0
Share
Technology

By Brynne Conroy
With the downfall of FTX, which was once one of the most popular and highly reputed exchanges, a…
END_OF_DOCUMENT_TOKEN_TO_BE_REPLACED
0
0
Share