Trending
How to Manually Install Skyrim Mods - Guide For Mods Victoria’s Secret 2019 Fashion Show Officially Canceled  TOKEN2049 is Back for 2020, Examining What’s Next for the Crypto Industry How to Boost Your Affiliate Commissions Overnight How iOS 13's dark mode can make your life easy
Technology

Very recently, on 24th November 2022, around 40,000 Ether was transferred from Vitalik Buterin’s multi-signature wallet to an unidentified address. Since then a lot of speculation has arisen in the market and people are curious to know more about Vitalik Buterin’s wallet addresses. In this article, we have listed everything you must know about the situation.

Who is Vitalik Buterin?

Vitalik Buterin is a Russian-origin Canadian programmer. He is credited with being the co-founder of the Ethereum blockchain, one of the most popular platforms in the crypto and DApp industry. He is one of the world’s youngest crypto billionaires are is considered to be a popular and sought after name in the market. Before his journey with Ethereum, he used to also write for the Bitcoin Magazine, which he had founded himself. 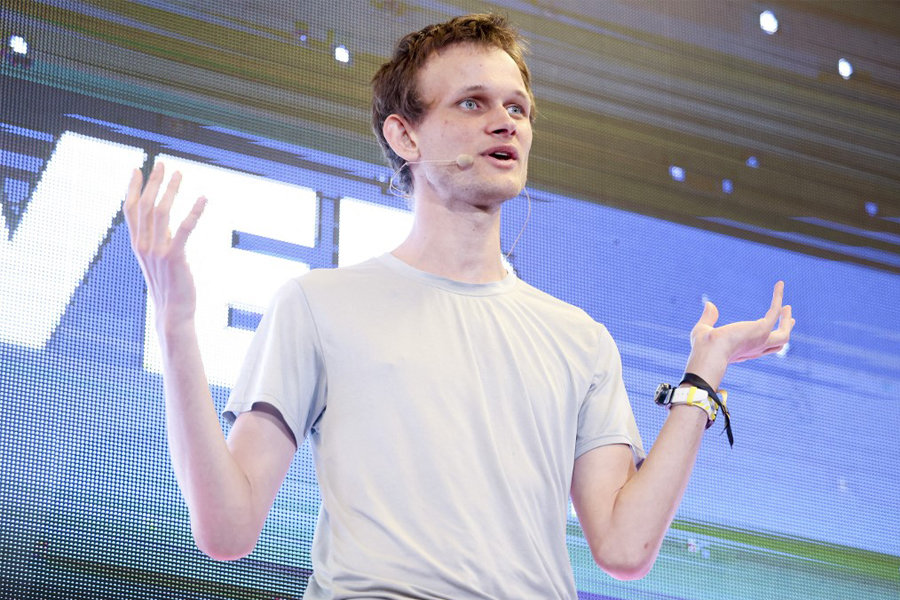 What can be seen in regard to his wallet addresses?

Currently, Buterin’s wallet address is said to hold about 250,000 ETH, which is around 300 million dollars, whilst the wallet the ETH was sent to now holds approximately $76.5 million worth of Ether which is 64,301 ETH. 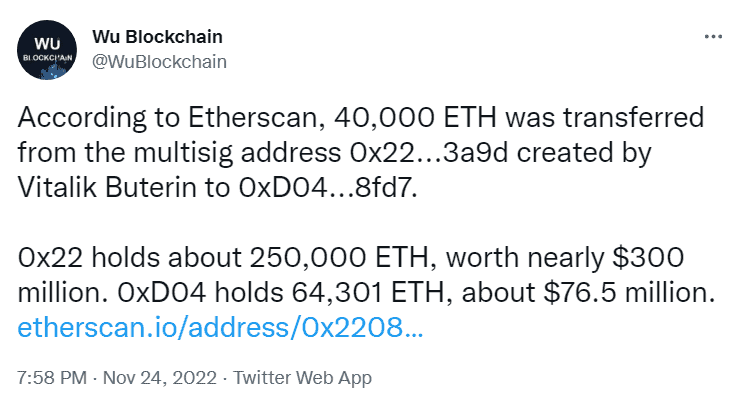 What does this mean for the community?

After the recent transaction, even though there are some speculations of a sell of, experts do believe that the transfers don’t necessarily resemble a sell off however it does raise some concerns, especially those regarding the nature and objective of these transactions.

What other wallet addresses are associated with Vitalik?

However, a tweet by Vitalik Buterin that dates back to 2018 does that that the former is his wallet address

Though that doesn’t just include sales, it also includes some gifts and charity donations.

As per the news article by Decrypt “ Wallet Linked to Vitalik Buterin Sells Off $3.75 Million in Ethereum”, 3,000 ETH which was worth 3.75 million dollars were sold from the above mentioned wallet address on Uniswap. This address was claimed to be associated with Buterin. However, Evan Van Ness, a popular member and developer in the Ethereum space did take to Twitter  and said that he has talked to Vitalik Buterin and was told that the address did not belong to him. 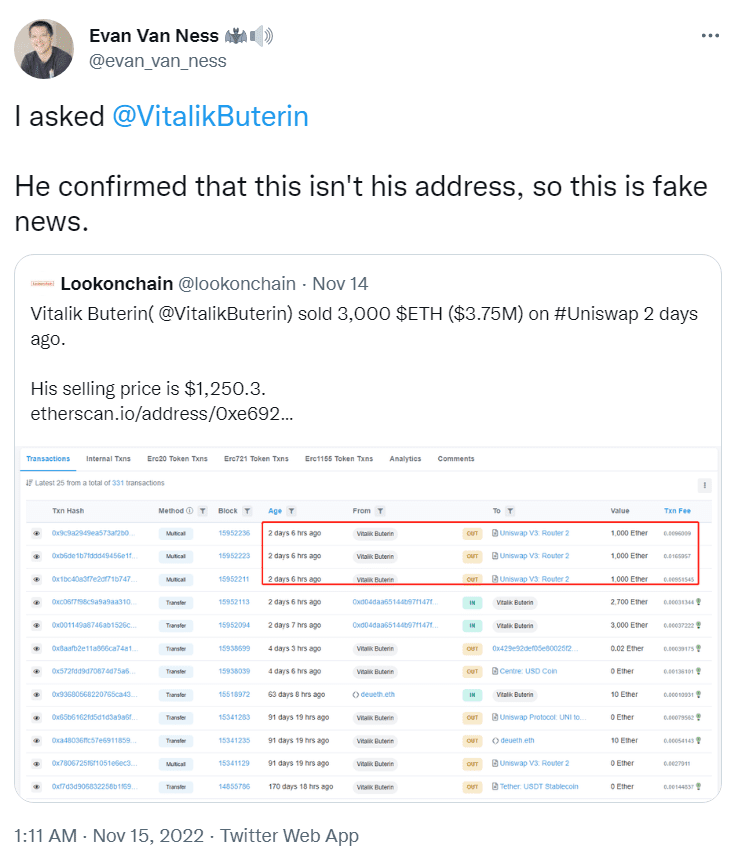 By Brynne Conroy
The crypto market is volatile and sensitive. Even in the past several exchanges have fallen victim…
END_OF_DOCUMENT_TOKEN_TO_BE_REPLACED
0
0
Share
Technology

CoinSwitch Proof of Reserve Released, Company Has 1,083.45 crore of its customers’ assets