Trending
Victoria’s Secret 2019 Fashion Show Officially Canceled  TOKEN2049 is Back for 2020, Examining What’s Next for the Crypto Industry How to Boost Your Affiliate Commissions Overnight How iOS 13's dark mode can make your life easy How to Manually Install Skyrim Mods - Guide For Mods
Technology

“I would say ignore everyone who is giving you advice.” Ironically, this was the answer given by Rob “Rez” Resnick, one-half of the popular pop-rap duo Timeflies, when asked what advice he would give to aspiring musicians. He believes that stubbornness can make people unique and if someone truly believes that the way he is doing things is going to work, it eventually will.

Resnick guested recently on The Michael Peres Podcast hosted by Mikey Peres, a software engineer and entrepreneur who operates  Settle-based web design and hosting firms Hexa Tiger and Hecto Fox, respectively. Peres has also developed Breaking 9 to 5, a system that aims to revolutionize business by breaking the traditional 9 to 5 routine.

Resnicks’ insistence on doing things his own way echoes multi-billionaire Richard Branson’s advice to “follow your dreams and just do it” in an article that appeared in BBC.com. The founder of the Virgin group encourages everyone to get “involved in life, in the things that interest you.”

Though he is not a fan of people giving advice, Resnick, however, believes in learning with the use of technology. “Watch so many YouTube videos,” he said. “Any place you can watch somebody do something better than you, you should.”

Continuous learning is also credited by Sarah Du, an onsite recruiter for one of the largest global investment banks in Shanghai, as the main secret for her success. ‘You need to have a real appetite for learning and bettering yourself – both personally and professionally, she said in an interview at resourcesolutions.com. “Be inquisitive and ask questions – and be proactive in seeking training and development opportunities.”

It was also on Youtube where Timeflies got their first big break. Resnick together with Cal Shapiro formed Timeflies back in 2010. The two started to attract people with their weekly YouTube show called “Timeflies Tuesday,” where they would showcase new music. The program has become a huge hit, reaching more than 145 million views.

The duo was able to translate its online success to sales of more than 150,000 albums and 800,000 singles. They have sold out concert venues across the United States and they have 261 million streams worldwide in Spotify.

Resnick is definitely someone you would call successful. Though he believes success didn’t change him much since old friends still treat him in the same way. “I still interact the same way with my friends,” he said. They would say I have been an a**hole since the beginning.”

He admits, however, that his past successes have given him more confidence to pursue other endeavors. “Once you realize that you can reach success, it feels much closer and more tangible in the next things that you start,” he said.

His confidence certainly became useful for Resnick, who is also an entrepreneur, recently when he decided to launch TapRoom, a social video chat app while most of the world is in lockdown because of the COVID-19 threat.

“You go on to the app and you see a list of bars in a map in front of you then every bar has a chatroom,” Resnick said of the app. “It’s pretty much just like going out except for obviously you’re sitting on your couch on your phone.” The app is now available on the App Store.

To develop and launch the app in a short period of time – in the middle of a pandemic –  is a process that Rob described as “really hard.” He welcomes the stress, however. “I really enjoy being stressed,” he said. When asked by Peres if he has a 5-year plan, Resnick said that he’s just looking forward to being stressed by something else in five years’ time trying to solve another problem.

Resnick may not be big on receiving and giving advice but he did leave some wise words to the podcast listeners. “Be insanely positive about your own future,” he said.

He also shared what he believes is the purpose of life. “What life is about is surrounding yourself with great people,” he said. “I have been really lucky in the music space to meet some really talented people and almost more importantly really hard-working people.”

You can listen to Resnick’s full interview on The Michael Peres Podcast by clicking here.

An MBA from a premier B-School of India, Ex-EY Advisory background and a finance professional with experience of working with the Big four companies, she will keep you updated with the latest advancements in the Finance Industry. Her vast knowledge and never-ending interest in topics pertaining to finance like Financial Market, investments, stock market, there is no way she can miss to capture it. 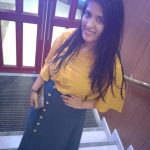 By Brynne Conroy
DeFiChain (DFI token) has been listed on Gate.io, one of the most renowned cryptocurrency platforms…
END_OF_DOCUMENT_TOKEN_TO_BE_REPLACED
0
0
Share
Technology

Walmart Metaverse: Everything we know so far

By Brynne Conroy
Walmart (WMT) enters the Metaverse. The retail titan said on Monday that it will be releasing two…
END_OF_DOCUMENT_TOKEN_TO_BE_REPLACED
0
0
Share
Technology